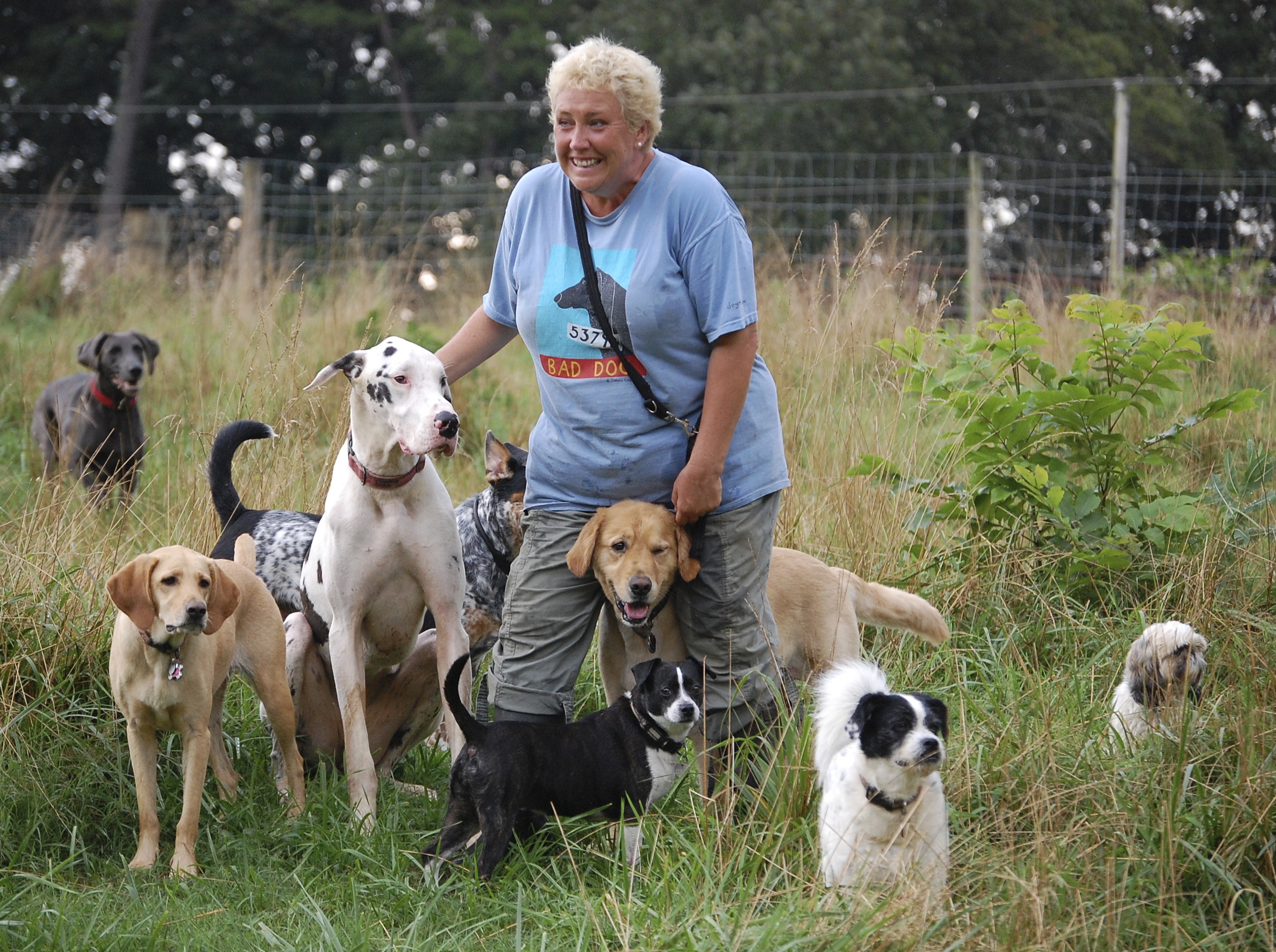 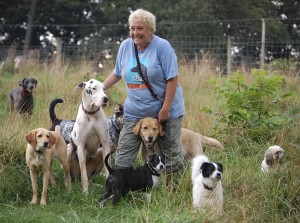 Last week, I had to write an email to a client of mine to tell her that we would no longer take her dog here at the Ranch.

It was quite upsetting, because I know that the dog has not fared well at other establishments, in fact he has been kicked out of one locally for some anti social behavior.

Here at the Ranch, we have seen such behavior from him but we took time to rectify it, with a lot of one-on-one time with him, correcting him when he started to ‘shag’ other dogs, trying to implement spatial boundaries when he started to use his size to bowl into them out in the field, and helping him to overcome his fear (issues like this are normally based in fear as opposed to confidence, funnily enough) so that he could integrate fully with all the other guests. I have to say, because of this time investment in him, he was doing great.

When I first met his owners, during the evaluation process, I explained that time is a big deal for me, and that drop off must always be at 9.00 am in the morning as we have to let the incoming ‘newbies’ have time to scent the ground and get an idea of who they’ll be mixing with before we let all the boarders out to join them. It’s a requirement for most professional set-ups, as it gives the dog plenty of time to get all of the information he or she can from the urine or scat on the ground from the resident packs’ early morning let out. By giving the newbies chance to do this, they get the chance to work out the rank ordering of the present pack and to mentally assimilate themselves into the pack before they have even met them. A whole lot of information in pee, you know…..

Well, the first time the dog boarded with us, they had someone else drop the dog off and these people arrived at 9.30 am, by which time I had a whole bunch of dogs out in the meadow already (as by then I thought they weren’t coming) and had to leave them to go bring him in.

The second time, it was exactly the same, despite me having told the owner about this and yet again, I had to leave dogs in the field to go bring him in.

It might not sound like a big deal if you dont know dog psychology, however, in an off leash pack situation, there must ALWAYS be a leader present. Without a leader present, a pack can disintegrate into a baying mob in seconds, which is why we will very often turn clients away if they arent here by the agreed time and theres only one of us with the dogs.

I mentioned it yet again to the owner, who very sweetly apologized and said she fully understood about the time issues.

The last time the dog came to stay, the people who dropped him off were late, but this time we had improvement, it was only 15 minutes, and so at least I had been able to get him in before the other dogs were let out, I thought we were making progress.

The morning that the dog was supposed to go home, I had been up all night with Levi, our concierge dog, who was suffering from a muscle spasm, and so had gratefully accepted a vets appointment at 9.30am, thinking that all of our leaving dogs would be gone by at the latest 9.10 and so I would have time to rush him to the vets. This was the only appointment I could get before late afternoon.

Well, 9.00 am came and went, and no sign of this boys parents to pick him up.

I called and left messages on both phones, which went straight to voicemail, and did so again at 9.15.

At 9.25, I was just calling the vets to explain why I couldn’t be there for my appointment when his owner sauntered towards me. As I asked him why he hadn’t answered my phone calls and explained that I had an appointment that I had now missed with a sick dog, he looked me straight in the eye and said “It is what it is.”

Huh? No apology, no niceties, just “It is what it is?”

He paid me and said not a word to me as I walked the dog up to his car, he merely took the leash and drove off. It was even worse because he had parked right at the top of the driveway so we had to walk together for about three or four minutes…embarassing!

I checked my underarms thinking I must be smelling particularly bad, I checked my teeth for signs of antisocial spinach, I checked my forehead to see if anyone had tattooed something really rude on there while I was asleep…..nope, all good. He just plain didn’t feel the need to apologize, didn’t think that my time was valuable enough that he should accord it, or the loss or waste of it, any respect at all. To him, maybe, I was just ‘that person that looks after his dog’ and perhaps didn’t have any other life or needs of my own….? I felt like I was being viewed one dimensionally and I didn’t like it one bit.

The whole episode made me think about the level of respect that we accord others, and how some people differentiate between the respect that they will afford one person, to that which they afford another.

I am pretty sure that this man is on time for his visits to see his bank manager or his lawyer or his doctor, or if its a recreational thing that he has been looking forward to. If not on time for any of these, I am sure, like most well mannered people, he would have the grace to call and explain that he would be a few minutes late.

But for me, well, I guess its a different story.

The foundation of this is because I truly believe that time is the greatest gift we can give anyone else or ourselves, and as I get older I understand the importance of this most valuable commodity.

Growing up, I learned the value of time and learned to equate it with love….one parent gave us freely of their time, the other gave us freely financially but had no time for us really. That parent had plenty of time for community work and the TV and the local pub, just not so much us kids.

It taught me that the time we afford to others directly correlates to our feelings for them.

At the Ranch, this entire business is built on the ethos of time = love.

Dogs can’t be fooled by anything really….they know this concept inside out, and understand fully that the human who gives of their time and connects with them, is present with them and is giving of themselves, is a person that they want to be with. To the dog, that person is their parent. Sure, food comes into the equation as does the walking, but in all honesty, we all know that the dog prefers to be with the one who spends time with him. I don’t use the term ‘quality time’ because I feel that all time is quality, regardless of whether its sleep time, play time, break time or cuddle time. It’s all valuable and we can’t be parsimonious with it, or our dogs know and feel cheated.

Most marriages that fail do so because there is not an equal time commitment to the relationship.

We talk about ‘taking our time’ in order to do a really good job on something.

We say we wouldn’t give someone ‘the time of day’ if we don’t like them or that ‘we have no time’ for them…(I actually have a far more robust phrase but I guess I had better not share it here…).

We get pissed off with people who waste it, and adore those who take it.

Free time, spare time, just in time…the very fabric of our lives is all worked around time. We never seem to have enough of it and we we go to our graves wishing we had spent more of it on things that matter.

Today, I would urge you to take time and think about your respect for other peoples time. Do you accord them the same respect that you would like for yourself?

With your animals…do you respect and give them the time that they need from you? Are you present, in the moment with them?

Today is a holiday. Take a breath, and think about how much time you waste doing things that in the great scheme of things aren’t important and decide that you are going to donate even ten percent of that time to those you love. Two and four legged alike.

Through the giving of this valuable commodity, you yourself will become, instantly, exponentially richer.

I wish you a lovely holiday break with your family and please remember that dogs love Labour Day barbecue too, so throw a piece of steak or chicken down for Fido!